Tamil Nadu and Kerala booked their places in the knockout stages of the Vijay Hazare Trophy after their encounter at the Just Cricket Academy ground on Wednesday was abandoned midway because of rain.

Chasing 276 from 47 overs (revised from 288 following rain), Tamil Nadu was 43 for one – the first time this campaign B. Sai Sudharsan and N. Jagadeesan had not put on a century partnership – when the heavens opened. Seven overs had passed but the persistent downpour ensured that there was no restart.

The result gave Tamil Nadu and Kerala two points each, taking their respective tallies to 24 and 20. The former, by virtue of being Group C topper, entered the quarterfinal while Kerala, which finished second, will play the pre-quarterfinals.

While Tamil Nadu’s place was more or less secure ahead of the last round of fixtures, Kerala’s was precarious. It was tied on points with Andhra (18 each) and trailed in their head-to-head. Andhra was up against Chhattisgarh, a less fancied opponent compared to Kerala’s Tamil Nadu.

But the K.S. Bharat-led Andhra crashed to a dispiriting eight-wicket defeat to clear the way for Kerala. Put into bat, Andhra made a paltry 144, a total propped up by No. 8 batter Nithish Kumar Reddy’s 50 (54b, 4×4, 2×6). Chhattisgarh chased it down in 26.3 overs. 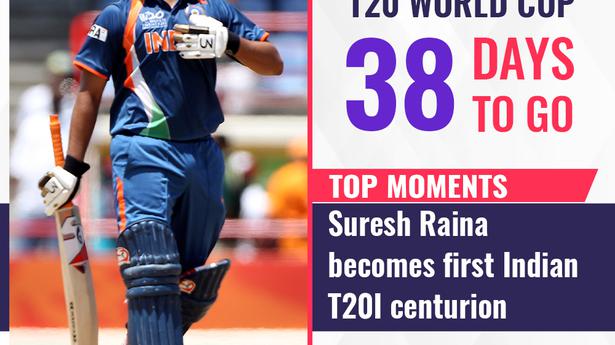