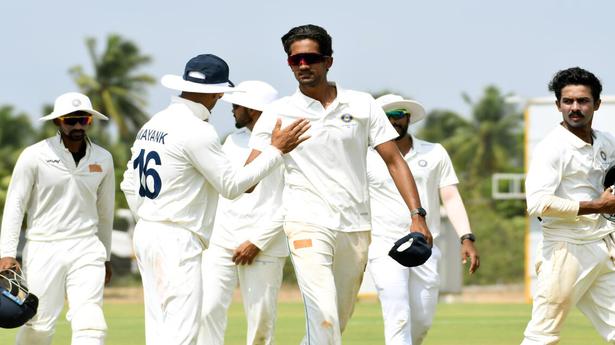 South Zone stormed into the Duleep Trophy final after thrashing North Zone by a staggering 645 runs at the SCF ground in Salem on Sunday.

South Zone’s victory margin is the second-biggest (by runs) in Indian First Class cricket and the fourth-biggest overall.

On a day when the writing was on the wall even before the start of play, South Zone all-rounder T Ravi Teja cashed in on his promotion to number three and smashed his second First Class hundred (104 n.o, 120b, 7×4, 3×6) to propel South Zone to a 739-run lead.

A jaded North Zone side returned intending to possibly bat until Tea before shaking hands with the opposition. But the South Zone bowlers had other plans. Left-arm spinner Sai Kishore followed up his first innings haul of 7/73 with another productive spell (14-6-28-3). K Gowtham (3/50) and Tanay Thyagarajan (3/12) complemented him well as North Zone was caught in a downward spiral. Sai Kishore was the standout performer, registering his maiden First Class 10-wicket match haul with Anmol Malhotra’s dismissal.

Earlier, resuming on 157 for one, opener Mayank Agarwal and Ravi Teja dominated as the North Zone spinners found negligible assistance from the pitch yet again. The South Zone batters, however, were generous in conceding chances off loose deliveries. Agarwal (63), Baba Indrajith (12) and Manish Pandey (26) had their eye in before throwing their wickets away.

Meanwhile, Ravi Teja paced his innings with patience and attacked spinners Mayank Dagar and Pulkit Narang. Ravi Teja received a reprieve on 99 when he was dropped by Dhull at forward short-leg off Dagar. The Hyderabad all-rounder gently played the next ball behind point and reached his ton before South Zone’s declaration at Lunch.

The 27-year-old was content with his promotion to the top order after scoring 42 at number eight in the first innings. “The day four pitch was not an easy one to bat on. I was happy our captain (Hanuma) Vihari promoted me to the top yesterday. He felt the left-handed option would have been better off at three for the last day, and this is certainly one of my best knocks,” he said.

Vihari’s men will now square off against Ajinkya Rahane’s West Zone in the final at the SNR College Cricket Ground in Coimbatore from Wednesday. 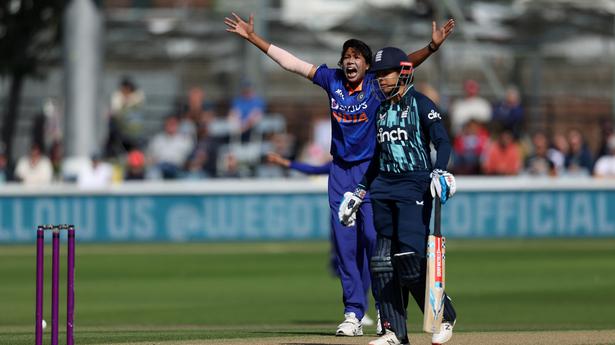 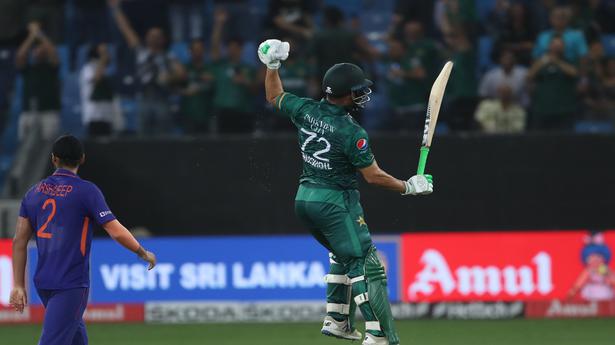