India A beat New Zealand A by seven wickets in the first unofficial one-dayer at the M. A. Chidambaram Stadium in Chennai on Thursday.

It was as close to a perfect performance as you could get – and even included captain Sanju Samson winning the toss and choosing to bowl.

Kuldeep Sen was on the recent Asia Cup tour with the national team as a net bowler. He took the new ball here with Shardul Thakur, who has slipped down the pecking order of selection for white-ball cricket, especially T20Is. He did not make India’s T20 World Cup squad for 2022 either.

But on Thursday, both players were front and centre of India’s attack on a pitch offering good bounce and plenty of pace. Shardul began by bowling a touch full, moving the ball with swing and seam. Meanwhile, Sen, with his extra pace, resorted to bowling short and back-of-a-length deliveries and was struck for two back-to-back fours by Chad Bowes, past point and backward point, when he erred in line.

But Shardul got rid of Bowes in the very next over – third of the innings – when he clean bowled him with one that swung in. Thakur has a natural outswinger that can test the outside edge of the right-hander, but he can also go wide on the crease and test the inside edge with the same ball.

And when there is steep bounce to be found, Thakur can bowl the surprise bouncer as well as Dane Cleaver found out when he mistimed a pull to Sen at fine leg. Thakur picked two wickets for seven runs in his first spell of four overs.

Sen, for his part, took a cue from his senior teammate and started pitching the ball slightly up. He was rewarded when he removed Joe Carter and captain Robbie O’Donnell in the sixth over. Carter was trapped in front by one that skidded off the surface, and O’Donnell was caught behind.

However, pace sensation Umran Malik had a mixed game. The speed, as expected, was good, but he was guilty of either bowling too short or too full. However, he offered a glimpse of how dangerous he can be when he landed the yorkers with admirable accuracy and consistency in the 22nd over to bowl a maiden. Malik bowled seven overs for 27 and did not pick a wicket.

Malik had impressed with his pace in IPL 2022, bowling consistently close to 150kph and picking up 22 wickets from 14 games. He even made his international debut during the Ireland T20Is earlier this year. That said, while his searing pace may turn every ball into a spectacle, the fact remains that he needs to imbibe discipline in his bowling to diagnose and identify weaknesses in opposition batters at the international level.

Michael Rippon and Joe Walker added 89 for the ninth wicket and saved New Zealand A the ignominy of being bowled out inside 100. Rippon blossomed the longer he was at the crease, always looking to score but not in a risky way, and was supported by Walker, who hit the only six of the innings when he slog-swept Shahbaz Ahmed over deep midwicket in the 29th over. The visiting side was eventually bowled out for 167, Rippon top-scoring with 61. Thakur’s 4 for 32 and Sen’s 3 for 30 were the highlights.

Chasing 168, openers Ruturaj Gaikwad and Prithvi Shaw began in watchful fashion. Gaikwad broke the shackles in the fourth over when he pulled a short ball from Sean Solia over deep midwicket for six. At the other end, Shaw was uncharacteristically quiet against the new ball. Playing shots is usually his get-out. But he refrained from playing hard drives or flashy cuts.

Shaw last played for India in July 2021, when he was part of a second-string side that toured Sri Lanka. He was not included in the India A side that took on New Zealand A in three unofficial Tests in Karnataka. Clearly, he has a point to prove.

But here, he relied on nudging the ones instead of going after the new-ball pair of Logan Van Beek and Solia. In the seventh over, Van Beek bowled an overpitched delivery and Shaw, deciding he has had enough, lofted him down the ground for a straight six. Matt Fisher replaced Solia in the eighth over and immediately tested Shaw with a short ball. The diminutive opener, who was going at under run-a-ball at this point, played an instinctive pull only to hole out at square leg for a 24-ball 17.

Rahul Tripathi and Gaikwad then put on 56 for the second wicket when the latter chipped one back to left-arm spinner Michael Rippon. Gaikwad played well for his 41 but would be disappointed at not seeing this chase through. His dismissal brought Samson to the middle amid whistles and cheers from a 200-strong crowd. Samson opened his account with a six down the ground off the third ball he faced.

Meanwhile, New Zealand earned a third breakthrough when Van Beek castled Tripathi, bringing the flamboyant Rajat Patidar to the middle. The last few months have been nothing short of phenomenal for the right-hander. After a Ranji Trophy title-winning run for Madhya Pradesh and a couple of high-octane outings with Royal Challengers Bangalore in IPL 2022, he continued his purple patch for India A. He scored two centuries to finish the three-match unofficial Test series against New Zealand with 319 runs at a staggering average of 106.33.

And his good form continued unabated in Chennai as he relied on his white-ball skills to take the attack to the bowlers. He was sublime all around the wicket. He played straight when required but always looked to score, pulling, cutting and flicking classily for seven boundaries. He scored 45 off 41.

Samson sealed an emphatic win with a six over long-on and remained unbeaten on 29 off 32 balls.

The next match is at the same venue on Sunday. Cricket
ZIM vs IND 3rd ODI live streaming info: When and where to watch Zimbabwe vs India – Online, TV Details 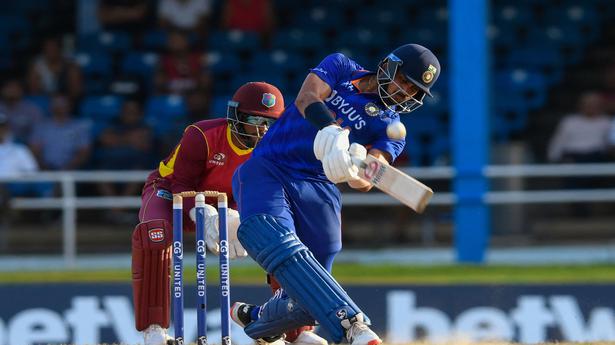 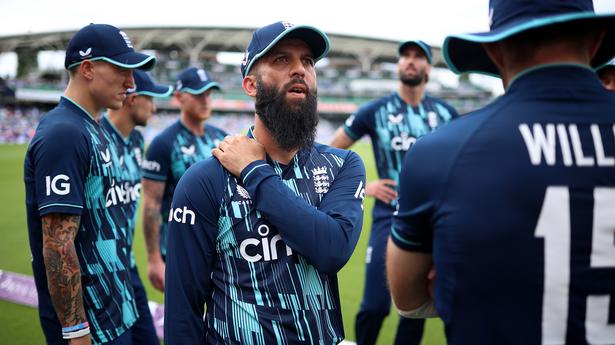