Normani exudes confidence from crushing choreography in music videos and at the Fenty show to grabbing everyone’s attention with he beautiful voice. However, like all of us, Normani has faced challenges. Yet, unlike many of us, her challenges have been exacerbated by being in the limelight from a young age. Recently, Normani partnered with TRESemmé on an enlightening study about double binds. We chatted with the 26-year-old about self-expression through makeup, the pressure she puts on herself to represent black women and more. During this candid chat, I was surprised by how soft-spoken and laidback Normani was, as compared to how bold she is when performing, a perfect example of how someone can be more than just one thing, which we’ll get into. She also had an absolutely adorable laugh.

Double binds are conflicting societal messages that tell a woman how she is supposed to look, speak and act. Examples include women being told they’re “too loud” or “too shy,” “too bossy” or “not assertive enough,” “too confident” or “too insecure,” “too sexy” or “too modest.” To shed light on this issue TRESemmé collaborated with The Representation Project, a gender justice non-profit organization, on a first-of-its-kind study. The study found that 68 percent of women in the U.S. say they experience double binds. The most common places women experience these double binds are in the workplace or on social media. According to the study, 80 percent of women say double binds leave them feeling exhausted, while 64 percent say they make them feel like they’re not good enough. Learn about Normani’s experience with this and more.

Can you explain double bind messages for anyone who might not be familiar?

“Double bind messages are basically being told that you’re too this or too that. It’s really conflicting because it’s like, ‘okay, so if I’m kind of categorized and kind of put in a box and in being this thing over here versus this thing over here, then where really do I land?’ It can be incredibly frustrating, which is why I was really excited to partner with TRESemmé. I was really honored that they are just as excited to work with myself. I feel like morally we just really align, and everything that they stand for, I also stand for. I’ve also had my own experiences when it comes to double binding. I just love that they’re really empowering women to be able to find their own strength, be expressive, be unapologetically themselves and go against double binding.”

Can you share more about what kind of double binds you’ve experienced?

“I would say being a woman in the industry in a male-dominated field is a challenge just across the board, you know, either being considered too vocal or too sexy versus being boring. And I think also I would say as a black woman, society feels like they have us figured out. I just had this conversation yesterday with a friend of mine, but it’s like if you’re not this specific thing…I don’t know. I’ve run into ‘is this urban enough, musically?’ Or ‘is this neglecting the fans that I’ve kind of grown with as well?’ But at the end of the day, my only job is to be myself.

I think that I put so much pressure on myself. But I also think that it does stem from wanting to make sure that I am representing being a black woman in the music industry, but then also for it to be celebrating my skin color, as opposed to me feeling like, ‘okay, I can be in this space, but I can’t be in this space.’

I want to be able to be kind of genre-bending when it comes to my music, I want to make pop records, heck, maybe one day I’ll make, this might be a stretch, but country music. I’ve always been one to just kind of take on multiple things, and I think that representation, especially being a black woman in the industry, and being able to see that, is dope.

That’s one reason I also really love Willow Smith and what she’s doing. There’s a whole community of black girls that are into that thing. But I feel like that’s not often shown or represented. At the end of the day, we’re people, and we’re able to express ourselves however we choose to even in spite of what we’re told black girls are. We’re not just one thing.”

How have you been able to move past these challenges?

“Trying to figure out who you are in your 20s is a challenge in itself. Then also being introduced to the industry fairly young and kind of being put on a pedestal, and everything is magnified, I don’t feel like I was necessarily granted the grace to make teenage mistakes like a regular teenager would because we had a lot of pressure put on us.

I think that it’s just kind of been an evolution of me being able to become more in tune with myself and trying my best constantly. It’s really a daily challenge. I won’t say that I fully have it figured out because the industry at 15 is still just as hard as being in the industry when you’re 30. It’s just the constant pressure of being told who to be but also not allowing everybody else’s perception to become the one you have of yourself. I think that starts with awareness. I had to acknowledge that and then deal with it head-on.

In terms of keeping my inner peace, I love to pour into myself. I’m a big giver, but I found myself giving more than I really poured into my own life. So I’m really just taking the time to prioritize that and make sure that my mind, body and spirit are well. Moments are temporary, even just in terms of negativity, that’s temporary, but joy is also temporary. So you have to put forth a constant effort to keep that more consistent.”

How are you embracing your authentic self and showing self-expression through makeup?

“Makeup is, just like you said, a form of expression. I feel like I’m different women at different points in my life. When I rock my braids, I’m probably going through a very transformative time and then on days where I have a sew in, and I feel like having inches down my butt, I’m in my extroverted spirit, and I want to be out with my friends and have a good time.

I feel like, as human beings—but also as women—we should be able to really express the many layers of ourselves without having barriers or feeling restricted in any way. In terms of makeup, I love no-makeup makeup. Then I also love going to the extreme and being incredibly creative and doing something more graphic. I’m pretty much across the board just willing to take risks, or to try anything depending on how I feel in the moment. I would say my go-to for sure is bronzy colors and more earthy tones like no-makeup makeup, glowy, dewy skin.”

You have such gorgeous glowy skin from your face to your legs. Can you share anything about your skin-care routine?

“That’s so kind, and that actually made me smile because I’ve struggled with my skin. I get a facial every week with my aesthetician. I get IV drips because I find that it really starts from the inside. It’s kind of like watering a plant. If you don’t water it, it won’t grow. I think it’s the same for your hair as well—you have to feed it in order for it to thrive.

Gut health, I found, is really important as well. I’ve tried just about everything, like the holistic route. I did a little panel and I know that dairy, for me, causes inflammation in my skin. I think it’s just different for everybody. For me, typically it’s a lot of what happens internally that is reflected on the outside. Everybody’s case is different. I’ve always been one that hates when people are like, ‘drink more water’ that doesn’t work for everybody. Some people can wake up and throw water on their face and be fine, but hormonal acne is a beast.”

Did you have hormonal acne?

“Yeah. I still have my challenges. It’s not nearly as extreme as it was, but it’s unpredictable, I will say. With the team that I have around me, some dermatologists and my aesthetician, we’re figuring it out.” 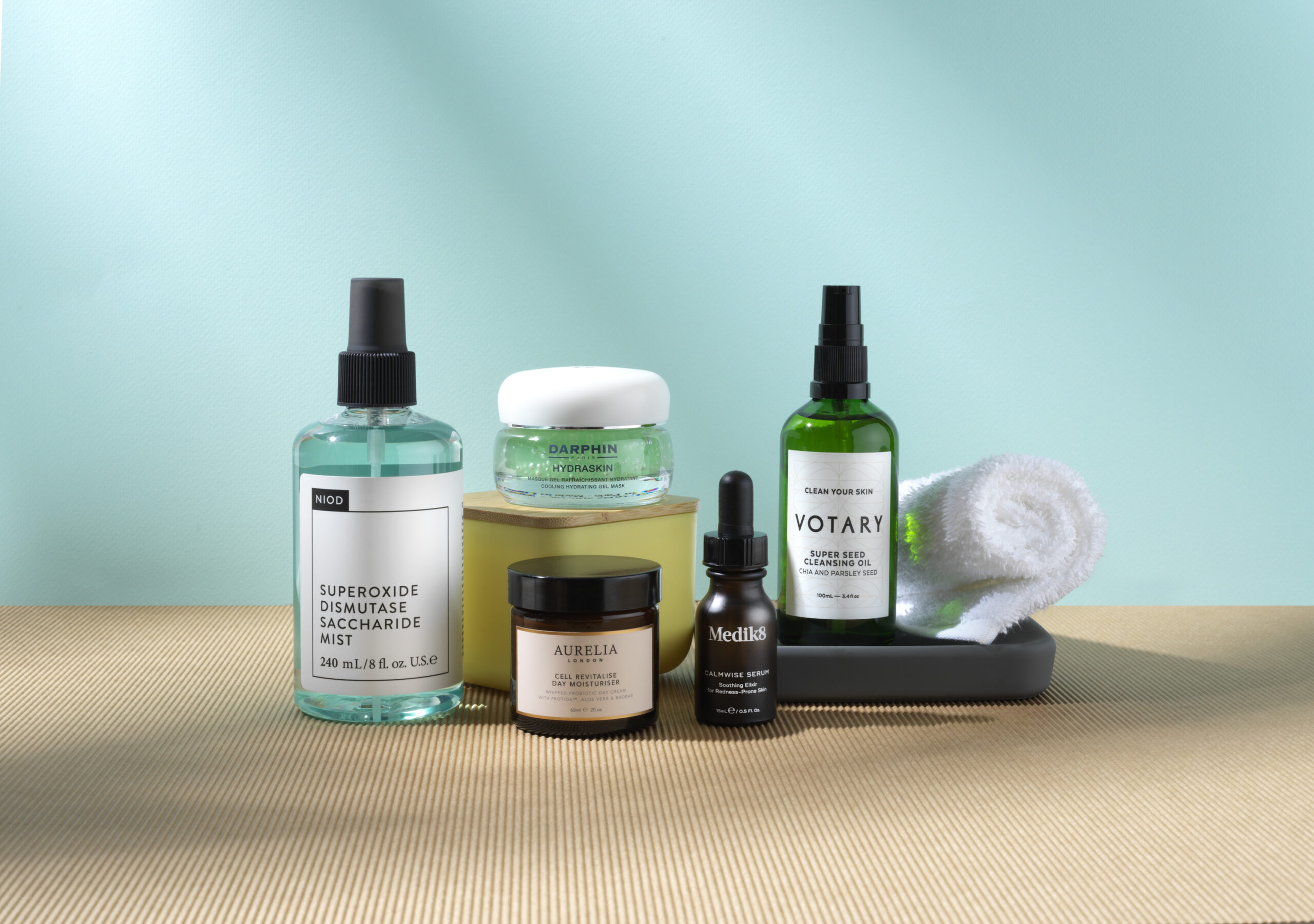 Butty
Katie Aselton on Directing Diane Keaton, ‘Sex and the City’ and the Mascara She Pushes on Everyone