The Adelaide Oval emptied out and as the civic staff began to clean the stands on Thursday night, there was a slow procession in the middle. It was around the midnight hour when even the white cockatoo, an Australian parrot, nesting in a tree’s crevice on an adjoining road, had gone to sleep.

Rohit Sharma and his men began their trudge to the team bus. The players emerged either in clusters or moved in single-file, their feet perhaps a touch heavy while the shock of India’s ten-wicket defeat to England in the ICC Twenty20 World Cup semifinal, lingered.

This was in contrast to the rock-star entry they made in the evening. England was training when the Indian cricketers swaggered in. There was a spring in their step and Yuzvendra Chahal dispensed some hugs to his Indian Premier League pals from the rival camp. The crowd, swelling by the second, let out a roar.

ALSO READ – Rohit Sharma after loss to England: India not good enough with the ball

Even if the Men in Blue stepped in with momentum, an attribute that England lacked in its Group 1 fixtures, the match turned on its head. The manner of India’s defeat did not add up with the way it had progressed into the last four. With social media’s quixotic fandom oscillating from sugary praise to extreme abuse, what has to be acknowledged is the unit’s strength to make it to the semifinal even if the trophy proved elusive.

The muscular approach to batting that T20 exemplifies was a touch missing in the Indian ranks where the focus is on laying a steady base before propulsion is aimed at. It showed in the relative power-play statistics: India 38 for one from the first six overs; England 63 for no loss in the corresponding phase.

There is fragility atop the batting tree with Rohit and K. L. Rahul never stringing a partnership even if individually they had their moments. Virat Kohli was the most consistent batter while Suryakumar Yadav remains the x-factor. When Hardik Pandya found his straps against England, there was some hope which finally ebbed away.

Chahal never got a match even when left-arm spinner Axar Patel wasn’t at his best. And on Thursday, the bowlers tended to be a bit short as Jos Buttler and Alex Hales prospered. Jasprit Bumrah and Ravindra Jadeja were missed and even if most boxes got ticked en route to the semifinal, tiny blemishes were evident. The late swapping of Dinesh Karthik with Rishabh Pant and the one-match stint given to Deepak Hooda revealed an outfit still searching for the ideal mix.

The fielding, too, looked flat and the think tank has enough to chew upon as a Hardik-led team will play three T20Is in New Zealand while a few senior players opted to take a break. With key stars in the T20 World Cup squad being on the wrong side of thirty, a transition is inevitable while an exception will be made for 32-year-old Suryakumar.

India has to recalibrate its T20 strategies. In 2007, India had the surprise-element; 15 years later, others have caught up and a few have gone past like England showed under the Adelaide skies. 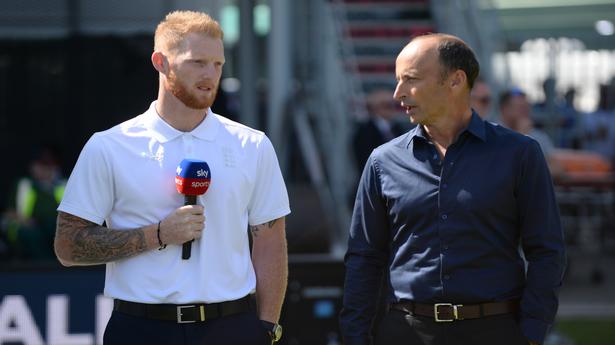