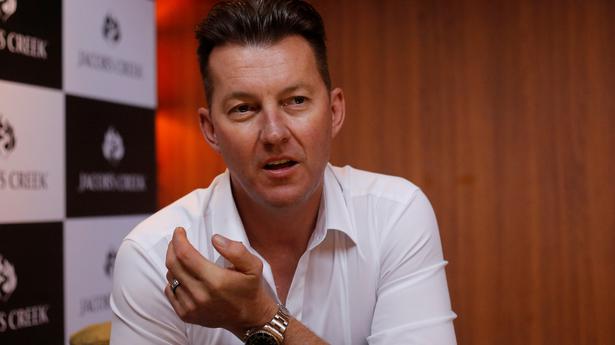 The T20 World Cup is just a month away and former Australia pacer Brett Lee believes that just like other teams, India, too, has “got a little bit of work to do.”

The Rohit Sharma-led side has had a disappointing campaign in the Asia Cup so far, with questions being raised about the fast bowlers. Having followed the Indian team closely as a commentator, Lee admits that if he is hundred per cent fit, the Indian team should not look beyond Mohammed Shami for the World Cup.

Having experienced highs and lows in his career, Lee also has a piece of advice for young Arshdeep Singh, who has drawn flak for his Asia Cup performance. “My advice to someone like an Arshdeep would be that when you are bowling at the death, have a clear plan,” Lee tells  Sportstar during an exclusive interview on Wednesday, on the sidelines of an event organised by Jacob’s Creek – an official partner of the ICC T20 World Cup 2022.

Q This time, when Australia defends the T20 World Cup title at home, how much of a challenge will it be for Aaron Finch’s side?

I think when you have an advantage, it leads to expectations, which can also build pressure. But at the end of the day, it’s how you deal with that pressure. I think Australia is in a very good position to retain the championship and hopefully get the Cup again.

They are coming in with good form, they know the conditions, but that’s all good till the first ball is bowled. Then you think of the other set of expectations, pressures of being the home nation. But they are in a good spot.

But like I said, if you look at it from another perspective, from an Indian set up, you could say that with expectations, the pressure will be on Australia because they are hosting.

I think India has got a little bit of work to do. They have still got some wonderful players. Obviously, I’m still a massive Virat Kohli fan. Rohit Sharma would like those wickets in Australia with the extra bounce, Bhuvneshwar Kumar will be looking to (impress with the) ball. So India has a very good chance, and Pakistan as well.

Q You said India has a little work to do. With barely a month left for the tournament, what are the areas that India needs to work on?

Look, when I said they have got work to do, I mean every nation has work to do. If India had no work to do, well then… You know, you gotta keep trying to better yourself as a team.

The stuff I’m saying is probably about the little one percenters – their fielding, their backing up, making sure they commit towards run-outs, the running between the wickets and discipline with their bowling.

Suddenly, in the last couple of overs, they have missed their lengths on a few occasions, probably to different options they could have gone with in terms of deliveries they bowled. A lot of scrutiny has fallen on Arshdeep (Singh), which I think is a little bit unfair. He is a great find for India.

So, at the end of the day, it’s about belief in themselves. What my advice would be – from what I’ve seen as a commentator and as a cricket lover – is that they have to totally back themselves. Back the big players, Virat Kohli… he’ll come good; the hit man (Rohit), he’ll come good. So I’m not worried about India, I think they have a huge chance.

Q Over the last few days, Arshdeep has drawn flak. In a format like the T20, the last few overs could often get tricky, so keeping those things in mind, what would your advice be for Arshdeep?  How can he improve?

When you are under pressure and when you don’t have experience, you actually don’t know what to do. You can’t actually buy experience; you can’t go to a shop and say, “Give me a bag of experience”.

Experience comes with playing against different nations, playing in different circumstances, playing on different fields, bowling at different times. That’s experience. Everyone makes a mistake – I’ve made so many in my career. But as long as you learn from that mistake and that then becomes part of the experience journey. So my advice to someone like an Arshdeep would be that when you are bowling at the death, have a clear plan.

You need three balls up your sleeve – one would be a straight yorker, one’s the wide-line yoker and one would be the slow ball back of length. Now you need to commit to your training and practice and practice, like 5000 times.

You might have the whole session practicing just one thing – like I used to do. I used to do an hour straight of bowling yorkers. So, when I’m under pressure and I’ve got Kohli at the death, who is on 89 not out, and they need six runs off the last over, I need to go back to my memory bank and think, “bang, that’s the yorker I’ve been training yesterday” and be confident that you can execute that yorker.

Now, there are times when the yorker doesn’t happen and in that case, you have to move to option B. It could be a wide-line yorker, and if option B doesn’t work, you might have to bowl a slow ball back of length. So, have three clearly planned options.

Q India’s pace department has struggled in the Asia Cup in the absence of Jasprit Bumrah. Even Mohammed Shami wasn’t considered. So, what could be India’s pace line-up for the T20 World Cup, considering Hardik Pandya plays as the fourth pacer?

If you mention Mohammed Shami – obviously pending fitness – and if we are talking purely on selection, for me, it’s really hard to look past Shami.

Why do I say so? Because he is a world-class bowler and he’s proven that. He’s been around for a long time. If he is fully fit, ready to go, then I would want someone under pressure, at the end of the game, with the experience like Mohammed Shami.

Q What are your thoughts on Bumrah?

At the death? If he’s fully fit, then 100 per cent he bowls the death overs. He’s the guy who speeds in, bowls yorkers and he has got a shape upfront with the new ball. I actually think what’s gonna win or lose the T20 World Cup, for any nation, would come down to death bowling.

Q You spoke about the importance of Mohammed Shami. Do you think India can actually afford to opt for three fast bowlers and keep Hardik Pandya as the fourth option for the World Cup?

Shami is the one who you can turn to when you want a fast bowler with experience. India’s got captains within a team – Virat Kohli of course is a leader, Rohit Sharma is a captain and also a leader, similarly Mohammed Shami can also be a bowling leader. Jasprit Bumrah, obviously, is the leader of the pack.

India’s blessed with talent, so I’m not concerned about India. I think sometimes it’s a media hype – yeah, they haven’t played their best cricket in the Asia Cup so far. I think they’ve got one eye on the T20 World Cup as well.

Q After India’s disappointing campaign in the Asia Cup, a lot of questions have been raised. What are the areas that need attention ahead of the World Cup?

Death bowling is so crucial, especially when you are playing in Australia. If you think about the wicket in the sub-continent, you have a spin option at the death, you have reverse swing, which can help the fast bowlers. It’s a bit low, so you know the ball is not going to bounce as much. In Australia, it’s tough because of the elements – the ball skids on the bat beautifully, there is true bounce; the reverse swing might not happen as much.

The reverse swing at the death is probably not a great option. The last five overs as a bowling unit, there will be a lot of pressure. So I think the team that bowls well in the death is gonna win the World Cup.

Q In the past, you had spoken about Hardik Pandya. Now that he has reinvented himself, overcoming a career-threatening injury, what are your thoughts on him?

Q As a commentator, you have seen a lot of talented young fast bowlers, who are the three bowlers who have impressed you the most?

Rather than picking three fast bowlers, I would like to focus on someone like Umran Mallik. The youngster coming through – once again if fully fit – he is in great form. He’s got pace, he’s got a knack for it. He’s a good runner, and a good fast bowler needs to be a good runner.

Someone like Bumrah is different, he’s got a different action. He can run in on three steps, whereas generally most fast bowlers need to run-in for long run-up, like a Shoaib Akhtar. But yes, Umran is certainly the guy I have been impressed watching.

Q There was a time when Indian conditions were alien to the overseas players, but with the Indian Premier League, the players got exposed to the Indian wickets and conditions. Similarly, do you think that now even the BCCI should allow its players to feature in global leagues?

Hundred per cent! Why not? It all comes down to making sure that Indian players get what they need. They are probably going to need a bigger purse to go and play tournaments around the world than what they are getting currently. So, the reason why the IPL is so good and has so many foreigners coming through, is because it is a good opportunity. The salaries are fantastic, the Indian players get a very good purse to play in here, but to go and spend eight weeks in different parts of the world for different tournaments, the monetary value might not be there.

So, if they want to encourage Indian players to go, they are going to need a bigger salary. And I don’t have a problem with that. I don’t have any problems with the guys making as much income as they can in their career because they work so hard. 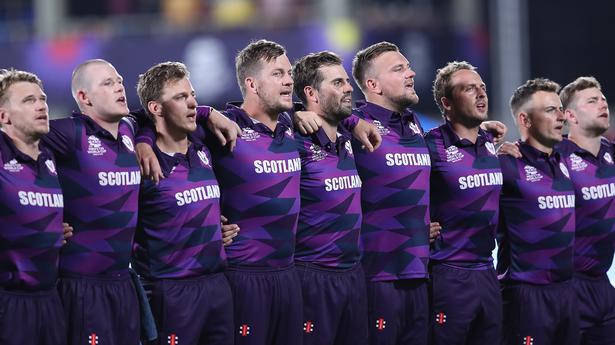 Cricket
Cricket Scotland board resigns ahead of report into racism 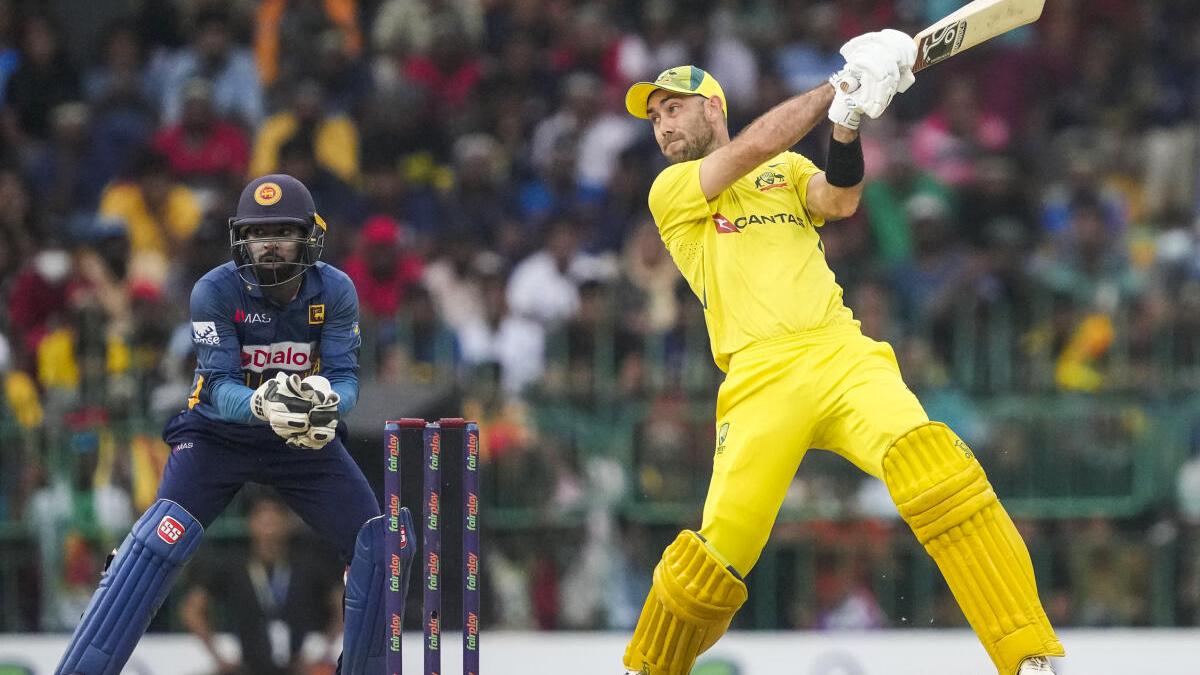 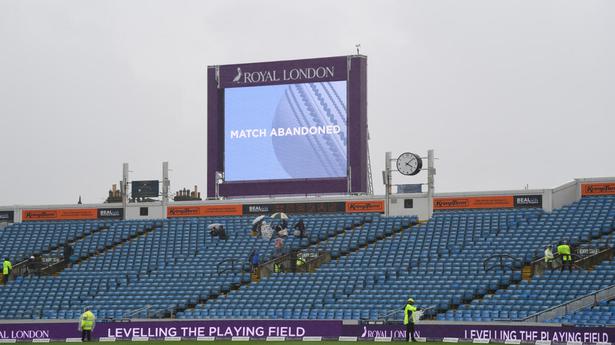