Despite a 101-run third-wicket partnership between Pradosh Ranjan Paul (70, 108b, 6×4) and Daryl S. Ferrario (40, 61b, 2×4), Tamil Nadu lost the third one-day match versus Bangladesh XI by 19 runs in the Bangladesh Tour of Tamil Nadu at the M.A. Chidambaram stadium here on Thursday.

Opting to bat first, Bangladesh had to deal with the bounce the wicket had to offer. Anamul Haque Bijoy (42, 44b, 3×4, 2×6), besides an edge that went between the wicketkeeper and the slip cordon, seemed in great touch. TN bowlers tried to disconcert him with short balls, but he seemed a good puller of the ball. He missed a pull and copped a blow to the body before pulling the next delivery to deep midwicket for a four off R.S. Jaganath Sinivas.

He got hit on the helmet of the next ball after pulling Rahul Dev to deep square leg for a six. He ducked for a Trilok Nag bouncer that the keeper missed for one bye.

However, unfortunately, he got bizarrely dismissed. He ducked for a full-toss of Trilok and had his off-stump uprooted! The ball had seemingly slipped out of Trilok’s hand. He had hit a six to deep midwicket the previous delivery.

Then, it was the substantial 64-run seventh-wicket stand between Tawhid Hridoy (66, 74b, 2×4, 2×6) and Taijul Islam (19) that helped Bangladesh get to 220. The pair engaged in running between the wickets – ones and twos – to accumulate runs. Tawhid edged one off left-arm spinner S. Ajith Ram that went past the slip for a four. Later, he hit Ajith Ram to deep midwicket and cow corner for sixes.

There was a rain break of fewer than ten minutes during the Bangladesh innings.

Tamil Nadu never really looked in total control. R.S. Mokit Hariharan lived dangerously before getting dismissed. He was dropped twice – a jumping mid-on couldn’t cling on and had to turn back and run and try and take a catch. The second one was a tough chance.

Though Pradosh and Daryl were involved in a big partnership, they never really kept TN up with the required run-rate which eventually got big on it. There was a phase when the duo tried hard to hit boundaries and improve the run-rate. It was then that Pradosh’s skier was dropped at mid-off.

Bangladesh was sloppy with the throws as well. There were a couple of close chances that could’ve resulted in run-outs had there been tight, sharp throws.

Mohammad Saif Hasan got injured and was stretchered off. He was chasing the ball speeding to the boundary and suddenly pulled out and downed appearing to be in great pain. Speaking after the match, coach Mizanur Rahman said that he had pulled his hamstring and will be taken to for a scan. 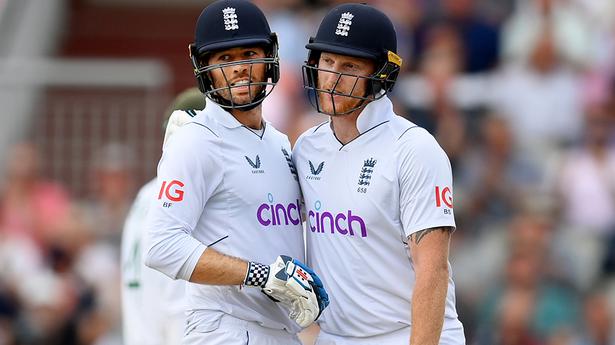